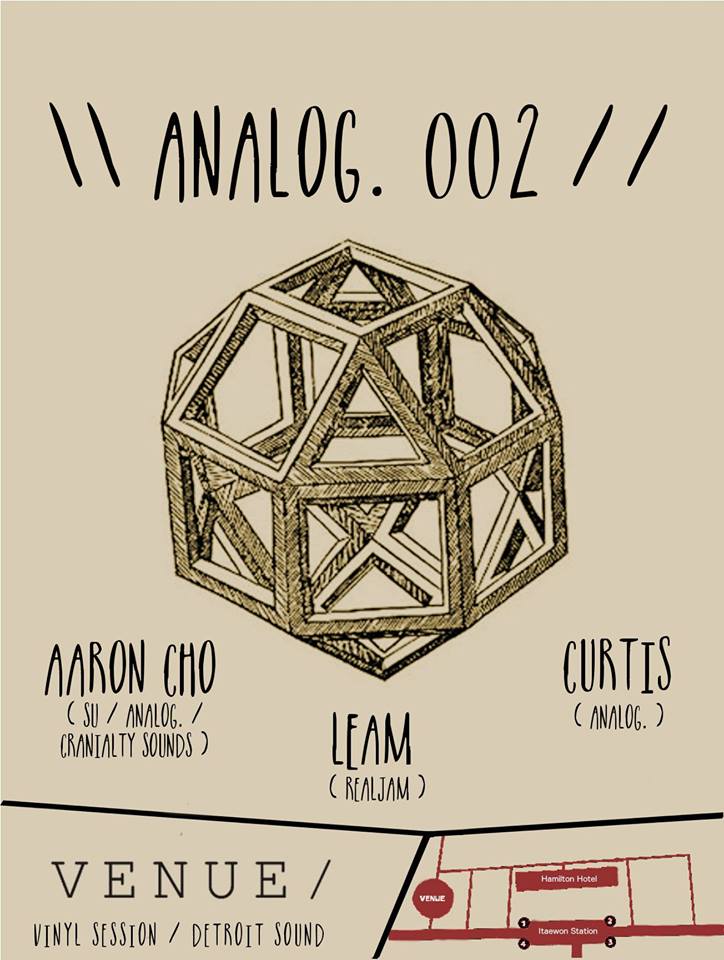 Saturday 17th of May at Venue/ in Itaewon with Cheap Drinks, new faces and well known actors of the underground scene in Korea Bringing you our Vision of the Underground !
AARON CHO (S.U / CRANIALTY SOUNDS / ANALOG.) 11pm-1am
For the second edition, our resident Aaron Cho. After releasing his REALITY EP on Cranialty Sounds he is back behind the decks for us and to warm you up !

LEAM (REALJAM) 1am-3am
One of the very few Underground music pioneer in Seoul, always keeping it real on the Deeper side of the House music ! Especially for you he will play a Vinyl only set !

CURTIS (ANALOG.) 3am-Late
Our resident, keeping you on tracks until the sun shows up with carefully selected Detroit House/Techno Records.

“MUSIC FOR THOSE WHO KNOW” UNDERGROUND RESISTANCE