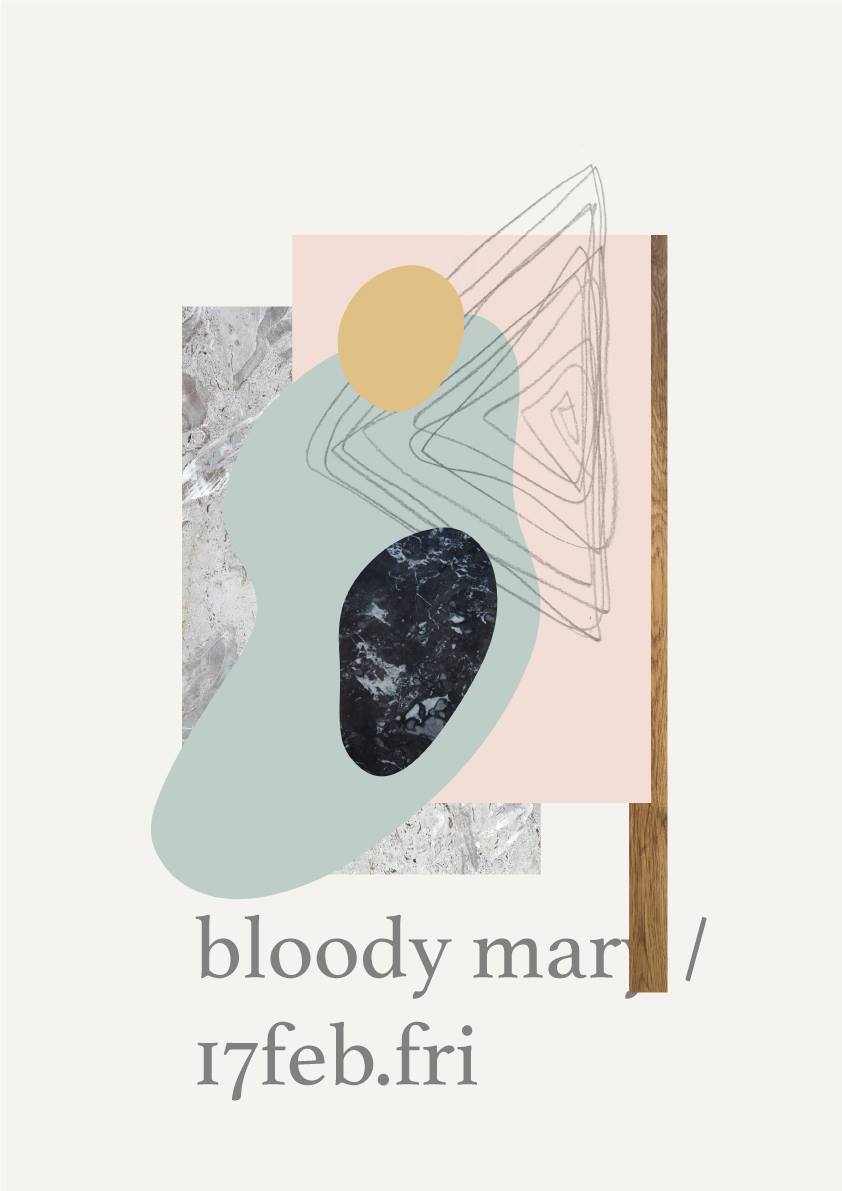 Bloody Mary is a French born, Berlin based DJ, producer and label owner who is no stranger to the world of house and techno. It all started for her when a love for new wave would lead to her first rave party that opened up her ears and heart to the sounds of electronic music. Mary acquired her first set of turntables and her first gig followed shortly after. She quickly rose the ranks in the techno scene in the South of France and landed her first residency at Studio 88 (Aix en Provence.) Relocating to Berlin in 2005 took her career to the international level and the next chapter of her journey began.
Having already focused on her DJing abilities, she set up her studio in 2006 to make tracks that would go along the lines of her favorite label. This led to her debut release, “Apparence” on Sender Records. Just a few short years later Bloody Mary released her debut full-length album “Black Pearl” in 2009. This also was the first artist album to appear on the Contexterrior label in its seven-year history. Filled with emotion, it was her best experience as a producer up that point and revealed a wider picture of her personality to public. She and the label released three subsequent vinyl EPs corresponding to the album, including remixes by Jay Haze, Shonky and few more artists.
After the release of her first full-length album, she began to wonder what she should do next? The only logical explanation was to start her very own label. In 2010 Dame Music was born as an outlet for tracks from talent that she had befriended over the years in the house and techno scene worldwide. The label doesn’t hold itself down to one specific genre and has only one rule, that the music being released is something that Mary would play in her vinyl DJ sets.
The label debuted to grand success. After a series of lucrative releases and a number of Dame Music events throughout Europe, Mary was ready to start a new analog live project at the end of 2012 called The Jaydes. Working countless hours in the studio, the first album was ready for release in February 2014 titled “The Jaydes.”
The nine-track album was an adventure through the history of house and techno using only vintage analog gear to make something modern with outdated technology. This way of production was an exciting outlet for her to expand her creativity to new horizons. This paired with her solid musical knowledge of dance music from the 80s and 90s became the foundation for her being able to deliver a record of solid dance floor bombs. It was critically acclaimed from press outlets such as DJ Mag, Mixmag, Attack Magazine, and Ibiza Voice. After the release of the album she toured around the world as The Jaydes throughout 2014.
At the end of 2014 she decided it was time to put a little bit more focus on her solo work and in December she released her “Striders” EP on Dame Music. Created with her TR-909, Access Virus synthesizer and featuring vocals from herself, the two-track techno slammer became an instant success. Bringing a serious acid flare and vibe, her latest release on Dame Music is kicking her career as a solo artist into overdrive. In 2015 she will focus on that with a string of releases already scheduled for the year.
Apart from her solo work in 2015 she has also reached a new milestone in her job as a label owner. Dame Music has reached its fifth year as a label further solidifying its stance in the industry. The label will celebrate this special anniversary with a new compilation from Dame Music family and friends. The eight-track EP features tracks from The Jaydes, Bloody Mary, Sierra Sam & Pascal Hetzel, Boo Williams, Anthony Constans, Kate Simko & Derek Plaslaiko, and Anaxander.
Already a musical staple in the house and techno scene for over a decade, Bloody Mary has traveled all over the world rocking festivals and clubs as an international artist. Bringing her exceptional music taste and elegant personality to the stage of festivals such as WMC, Movement, ADE and Sonar. Her travels have also seen her grace the decks of world renowned clubs like Fabric London, Space Ibiza, Panoramabar Berlin, Rex Club Paris and many more. One thing we can expect from her in the future is exquisite good taste and consistency as an artist, DJ, and label owner.