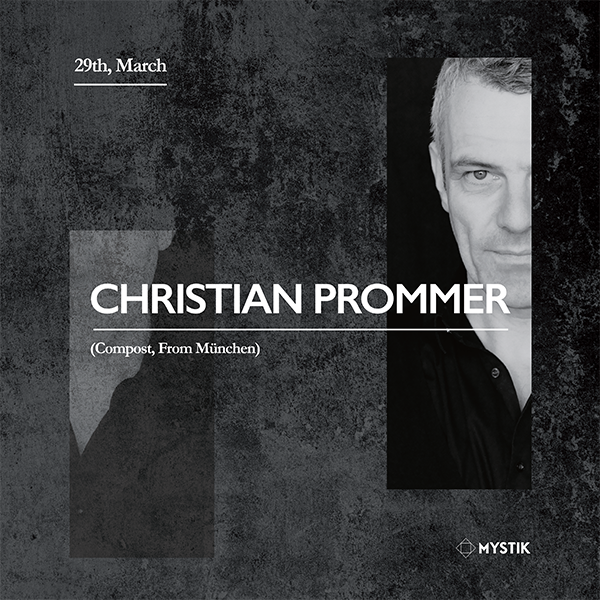 Christian Prommer is an american producer, DJ, drummer and musician who has produced and composed genre defining and award winning dance music for two decades. As founding member of Fauna Flash, Trüby Trio and VoomVoom, as producer and co-writer for Kruder and Dorfmeister, DJ Hell (their effort “Teufelswerk” was “Echo” nominated), Kim Sanders (they won the “Preis der Deutschen Schallplattenkritik”), The Dining Rooms, Incognito and with his own projects Prommer and Barck and most notably Christian Prommers Drumlesson – his own Band, with which he traveled between the worlds of Jazz and Techno festivals.
As a musician and collaborator he has worked with Carl Craig, Tony Allen, Bugge Wesseltoft, Joe Sample, Til Brönner, Mousse T, Wolfgang Haffner, Incognito, Klaus Doldinger and many more.
With his band, solo shows and DJ sets he travels the world non stop from big jazz festivals to the darkest after hour club.