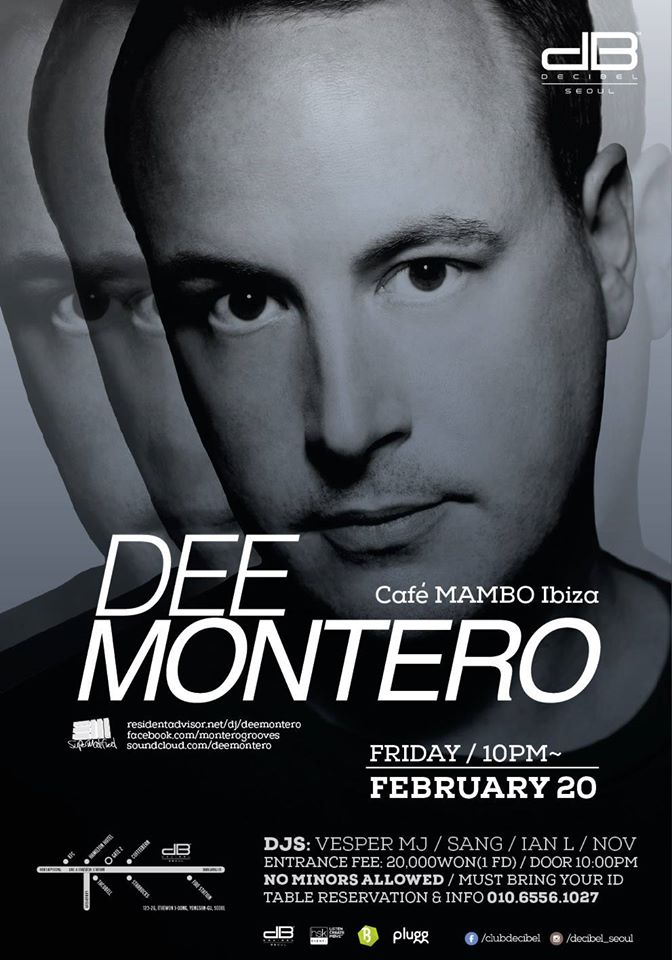 Dee has produced over 50 tracks in the past decade, including the monster ‘Captain Hook’ on Renaissance which hit No.1 on the Beatport Top 100 and DJ Mag‘s most downloaded tune of 2005. His productions have seen airplay on Pete Tong’s Essential Selection, featured on Global Underground & Renaissance compilations and been heavily supported by the likes of Deep Dish, Sasha and James Zabiela to name a few.

His DJ career began at the innocent age of 17 when he won the Vestax mixing championships in 1995. This led to him securing his first residency at the infamous Network Club in his native town of Belfast where he cut his teeth as a DJ warming up for early house legends.

Dee is now based back in his spiritual home Ibiza. During his 8 hour sets at Cafe Mambo he gets to dig deep into his collection and play everything from tripped out summer grooves and forgotten balearic gems to cosmic disco and deep tech house.

Register on the guest list and the entrance fee will be 10,000 KRW (1Free Drink) until midnight