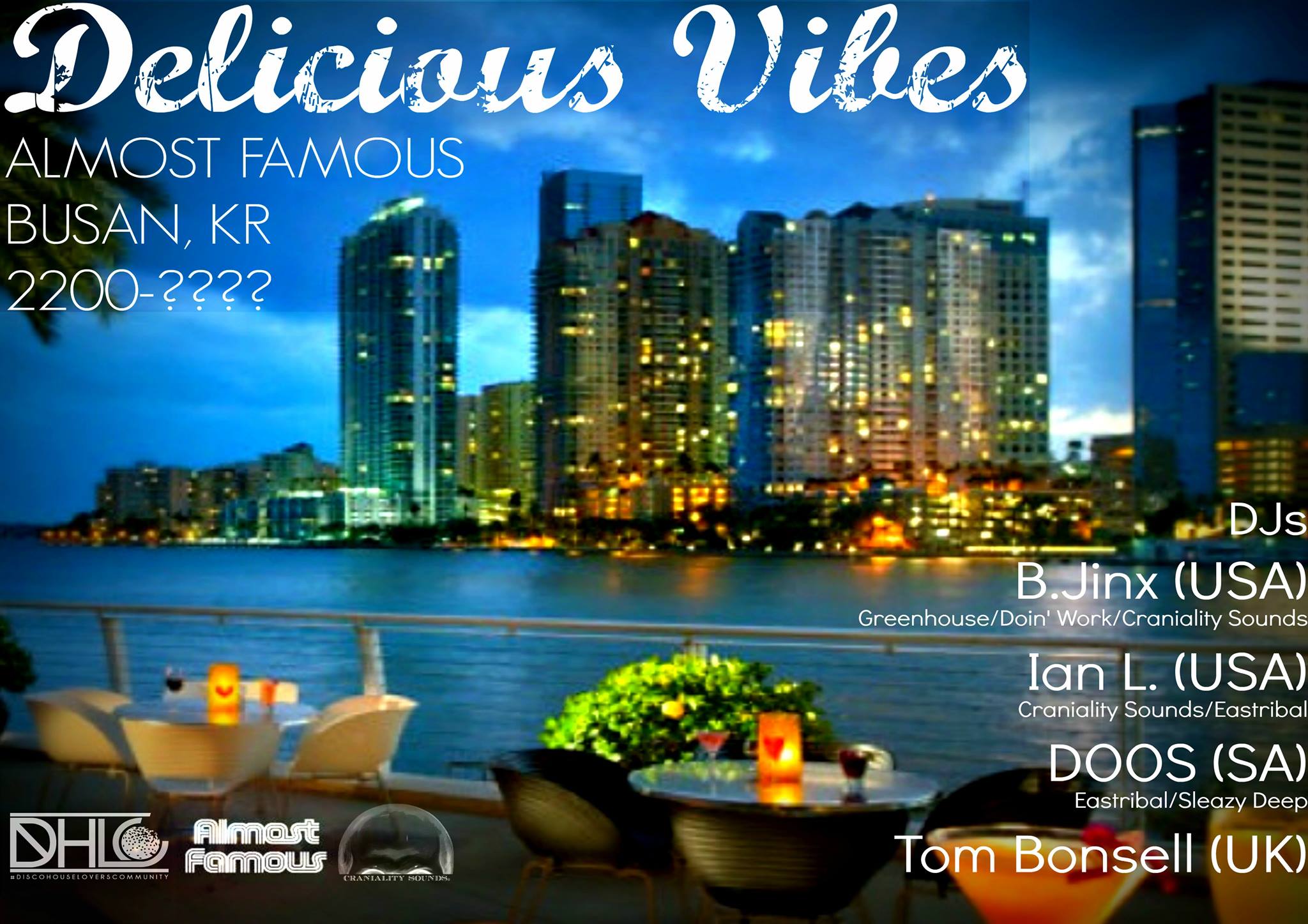 On May 17, Delicious Vibes is coming back to Almost Famous in Busan, South Korea for another round. This time, co-founder and new Seoul resident Ian L. comes back to take part in the festivities. Also, we will air the event live on DISCO HOUSE Lovers Community ). So if you cannot make it to the event, jump on there and chat with everyone in the room.

( Greenhouse Recordings/ DOIN’ WORK Records/ Craniality Sounds)
B.Jinx has been playing in the southern region of Korea for a long time. He is known to drop a lot of funky, soulful, disco, and jackin’ house. He has also been producing for a while as well, getting support from major players in the underground scene such as Tommy Largo, Andrew Macari, Mark Farina, and more.

( Craniality Sounds/ Eastribal Records & Agency)
Co-founder Ian L. is returning back with a new frame of mind. Recently relocated to Seoul, he has already made his mark there. He has recently played at venues such as Korea’s number one club “Club Octagon”, Venue, and more. Also he has a few releases under his belt as well on Craniality Sounds and Eastribal Records. You have been to our parties, so you know what to expect.

Tom Bonsell – UK
A long time resident of the Daegu scene, Tom is known to bring many different sounds from progressive to funky house. He has played at such venues such as Jeeep, Urban, etc.: as well as venues in his native UK.

David (DOOS) – South Africa
https://soundcloud.com/doosmusic
(Sleazy Deep/Eastribal Records)
David is one half of the production and DJ duo DOOS, which has been very busy producing in the past year on labels such as Sleazy Deep and Eastribal Records. Their recent release, Black Shoes with Steve Wu, has been gaining major support across South Korea. In addition, David has been a regular DJ around Seoul in such places as LUV Superlounge and Globe Lounge in Itaewon