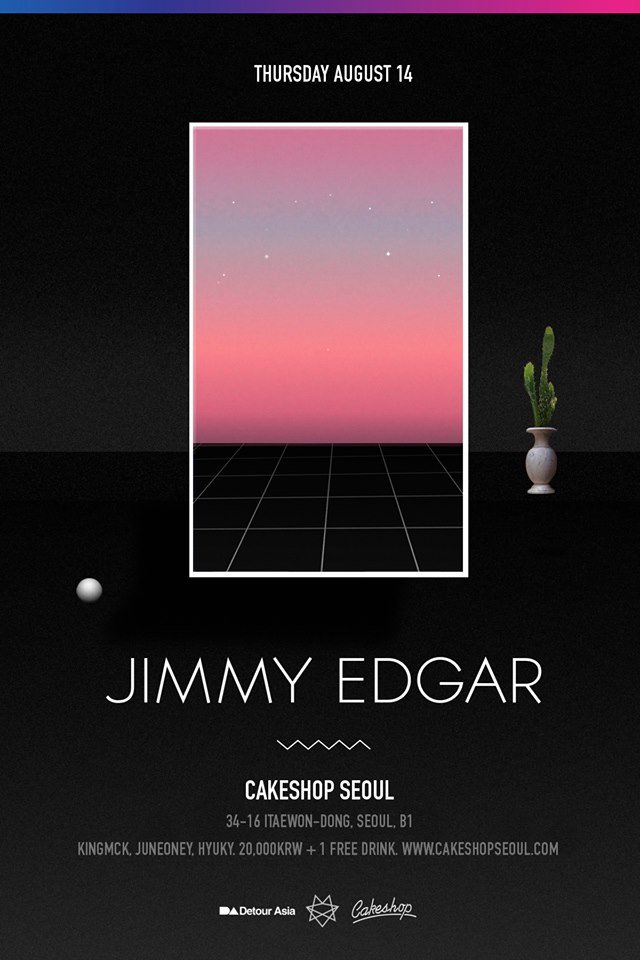 In a breakout year highlighted by two EPs and an exhaustive global tour, the most significant shift in techno wizard Jimmy Edgar’s life was the launch of his new enterprise, Ultramajic. Part record label, design house, and metaphysical portal, Ultramajic (created in 2013 and managed by Edgar and creative partner Pilar Zeta), alchemically melds music, design, objects, and installations into a holistic multi-sensory experience. “We are exploring ideas about musical shamanism, digital altars, and meditation through color and vibration,” Edgar entices.

Edgar’s fascination with other worlds has never been a secret and Ultramajic marks a milestone in Edgar’s independence as an artist and his emergence as an impresario. “Ultramajic is simply our venture to solidify what we do. The art of collaboration has been lost. In the ‘Age of the Internet,’ we have seen artists become pioneers unto themselves due to lack of communication, and I intend to bridge a bit of that gap with Ultramajic.”

Also this year, Ultramajic is releasing new material by the enigmatic, androgynously-named SOPHIE who had media and discos buzzing in 2013 with an expansive sonic palette ranging from the effervescent electro-house jam “Nothing More to Say” to the bit-chip bumper “Elle”.

Tying projects back to Edgar’s Motor City roots, Ultramajic is also tapping into the Detroit/Atlanta connection. “We are developing a brand new sound with several vocalists there,” he says. “Detroit and Atlanta are cities rich with talent in R&B and Hip Hop, and we have always considered R&B the core of our music.”

Further exploring the connection between sound and the metaphysical, Ultramajic will also continue the Metaphysix series, a collection of art and music inspired by the Seven Hermetic Principles of the Universe. The first EP explored the concept of Mentalism.

In the same spirit, Edgar and Zeta will unveil a series of internet-sourced and 3D-printed arcana. “They are basically meditation cards done in black and neon, both physical and digital. They’re meant to simulate the unconscious from the philosophy of the Egyptian Emerald Tablet and ‘The Law of One’ book,” Edgar says, citing two of the many enduring esoteric influences on his life, music, and art.

Born in Detroit in 1983, Edgar learned piano in black churches as a kid and DJing among Detroit’s hometown heroes as a teen. Under various personas (including Kristuit Salu vs Morris Nightingale, and Michaux), Edgar spent his late teens and early 20s experimenting with strains of Techno, G-Funk, House, Electro, Bass Music, and even his own “software virus as music”.

By age 18, the multi-instrumentalist fond of fiddling with tape loops and found sound was signed to Warp where he eventually released 2004’s Access Rhythm, 2005’s Bounce Make Model, and 2006’s breakthrough Color Strip, notable for its use of custom-built gear and its agnostic synthesis of Midwest funk, West Coast hip hop and European electro.

Transcendence has long been a vital force in Edgar’s life, guiding his ascent in music and art as he maneuvered between cities, relationships, and mediums. In Ultramajic, musician, artist, and unofficial warlock Jimmy Edgar has everything he needs to transport fans to worlds beyond our three dimensions and five senses. Ready to take your body, soul, and mind on a trip? Step to the front of the line, and leave your baggage behind.