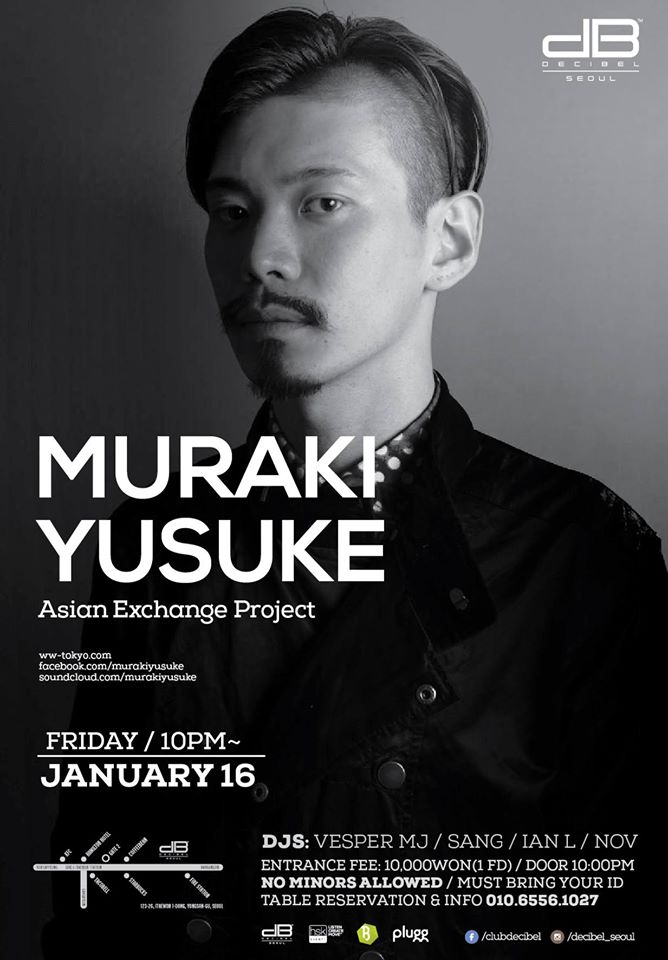 BIOGRAPHY
DJ/Vocalist/ Producer.
Resident DJ of the party crew”WEEKEND WARRIORZ” that attract attention most now on a TOKYO underground club scene.
Simultaneously, a musical piece is released as Artist/DJ of “MADSKIPPERS” that is the label of the world dispatch from Japan.
And the self party “MONSTAR” start on September, 2011.
Centering on a club (ageHa/ WOMB/ club asia etc.) in the city of Tokyo, DJ activity is performed in various places.
Moreover, the new talent is raised as a teacher of IDPS (DJ school).
At the age of 16, a start with encounter with FUNKY GONG who known as a guitarist of JOUJOUKA, Heconcentrates on dance music, touching various music which serves as a background and being shocked by the most advanced music.
20 years old, He started Electro Rock band “SLIPSTREAM” centering on him.
It sweeps over a dance floor by the intense musical piece and LIVE of impact which mixed New Wave/ Punk/ Techno/ Dub/ Noize etc.
It enters into the label “POPGROUP” in which DJ BAKU etc. belong. and perform to Big Party “KAIKOO”. And achieves a first release through a compilation album “KAIKOO PLANET”.
And he is working as a solo now. Solo stuff was developed and it was a world release about “Paradise At Heart” in December 2009, “Fallin’dream” in March 2011, “Dorado” in May2011.
The musical piece by which the rare melody sense which featured own vocal was demonstrated.
And DJ, He manipulates a broad musical piece free, begins to spin time like a movie, and leads to the highest climax.