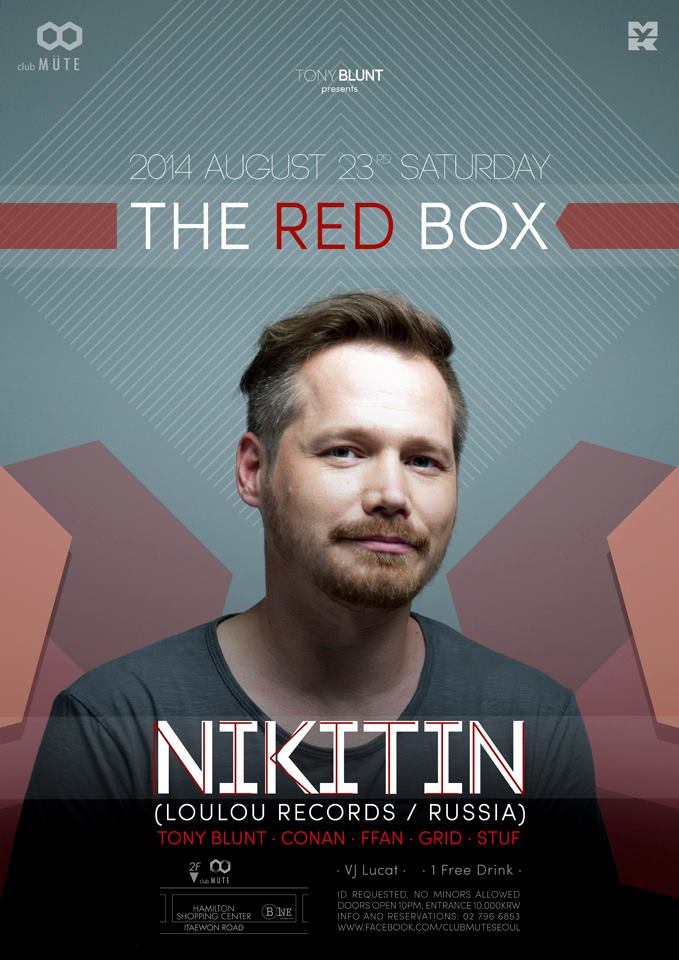 Serge Nikitin (mostly known as Nikitin) is the Russian music producer/DJ who started to shape the sound more than 15 years ago. Got fame in hip-hop scene with the album “24 rhythms”, which was produced in early 2000, and currently considered as the classics of the Russian hip- hop music.

In the mid 2000 he was a part of techno duo Nikitin & Semikashev, who got released on Global Underground, Noir Music, Great stuff, Kling Klong, Robotronic, Toolroom and many other labels. Their music was supported and often played and charted by Steve Lawler, Miss Kittin, Ivan Smagghe, Noir and other DJs.

Since 2010, Nikitin is a resident of Kolombo’s famous LouLou Records imprint, where special handcrafted groove is the king, also recently released on Highway, Neim, Dear Deer, Toolroom and others.