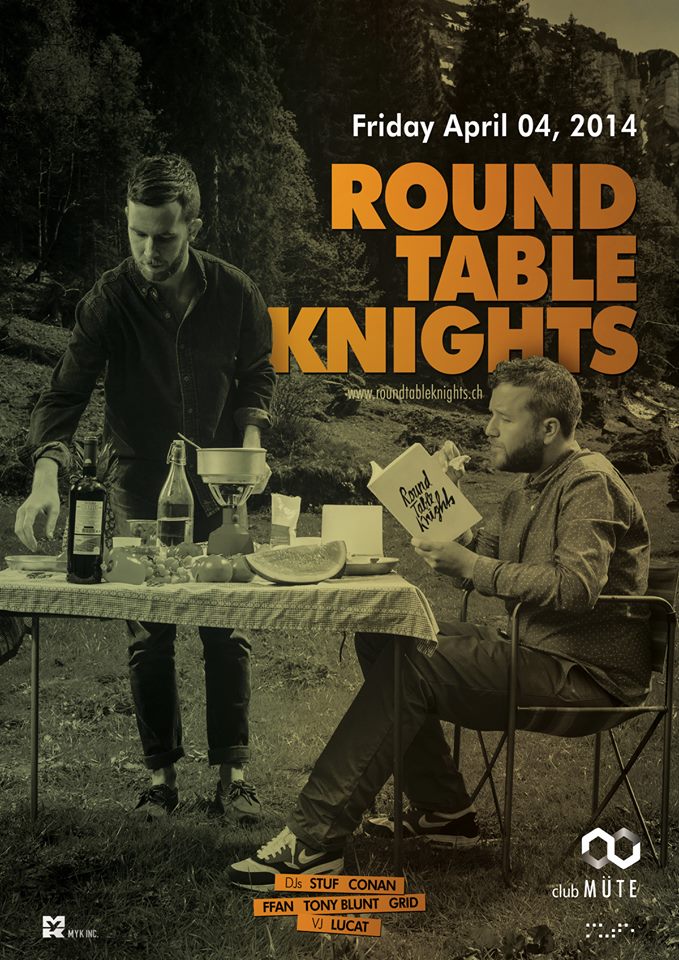 These days, it’s rare to find talented producers who are also world class DJs. Often a Beatport No.1 can result in an artist getting booked for gigs they’re not quite ready for. But for Round Table Knights, there’s no such problem. Starting their love affair with turntablism over a decade ago, Biru Bee and Marc Hofweber honed their skills cutting and scratching together hip hop, jazz and early electro.

An infatuation with house music followed: it was the one genre they felt they could handle their diverse tastes. And so with the help of producer and friend Benfay, they started to release high-caliber 4/4 infused with a huge range of influences. The tracks became essential tunes in the record bags of the globe’s best house DJs (their Coma Cat remix was voted the Essential Tune of 2010 by Pete Tong) and led to years of gigs at the world’s best clubs and festivals: Panorama Bar, Sonar, Igloofest, Creamfields…you know the score.

Original, musical, cheeky jackin’ house music made by producers who know how to DJ properly? All qualities championed by Made To Play Records, a label that subsequently released their debut album ‘Say What?!’ and a series of unmissable EPs.

In 2011, the duo won the Swiss Nightlife Award for the Best Electronica DJs category. A great accolade indeed, but it’s the thousands of worldwide fans getting down to their unique sound that’s proof of how Biru Bee and Marc are the act to book if you want your club night to be in safe hands.

Now as part of one of house music’s most exciting labels and their very own Club Bonsoir and with the total package when it comes to both DJ and production skills, the stage is set for Round Table Knights to take their rightful place at the head of the house scene.