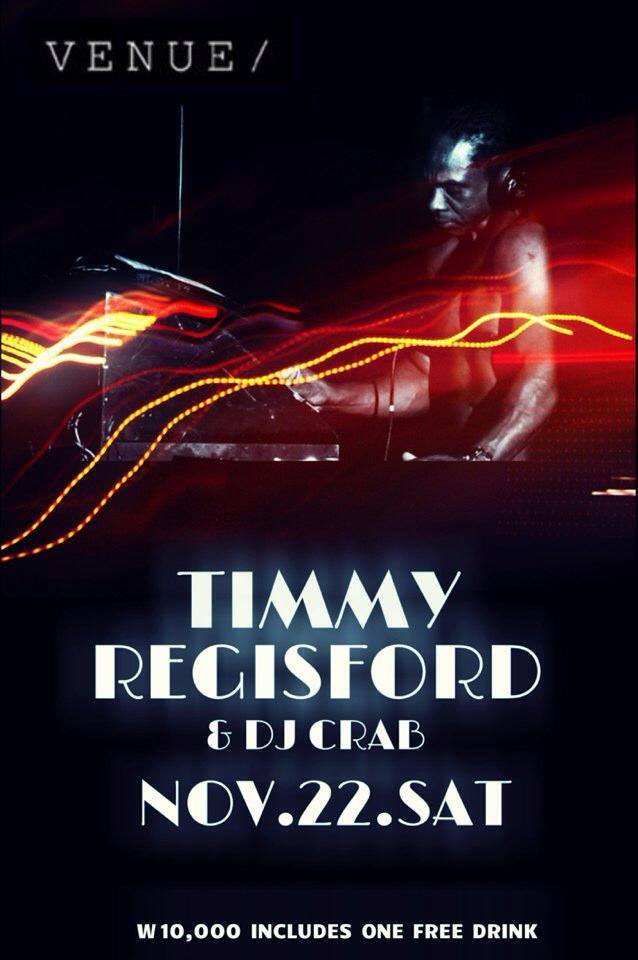 Trinidad-born, Regisford is known for his brand of soulful dance music. He started in 1985 at WBLS radio station in New York City, where he worked as Assistant Music Director, later being promoted to head Music Director of the station. In 1988, he became A&R Director of Atlantic Records, signing such acts as Miki Howard and Levert. His next career step embarked on working for MCA Records as their A&R Director, where he developed artists Loose Ends and Colonel Abrams. He would soon go on to sign acts Guy and Eric B & Rakim. Regisford later became Vice President of A&R at Motown Records, signing acts Milira, Blaze, Basic Black, Today, and Johnny Gill. Along with his A&R work for these labels he is credited in many remix projects with Patti LaBelle, Steel Pulse, New Edition, Bobby Womack, Gladys Knight & the Pips, The Boys, Diana Ross, Gerald Alston and Stevie Wonder. In 1996, Regisford became Vice President of A&R at Dreamworks Records. Timmy Regisford was also one of the founding people behind the Shelter parties in New York City, as well as the resident DJ.