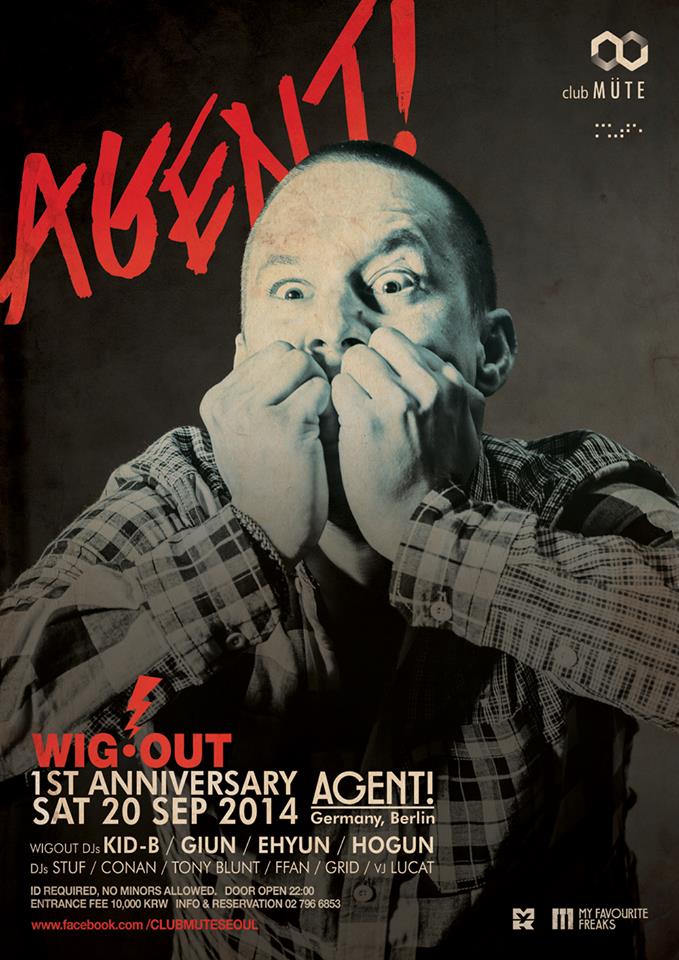 Agent! made a long way as club-dj, he is every weekend booked out and
played almost every venue in germany. in this way he earned a lot of
respect in the undergroundscene.nowadays he is very-well-known for his
extraordinary dj-skills, even the great ones give him compliments for
his mixing, set-up, special techniques and surprises and stuff like
this.What to say organic matter and groovy sounds, worked into a
minimal labyrinth with very much love for the details. He..s the
medicine man on your spiritual trip into the deepness of this
sound.also he is a guy for long hours sets into the daylight, you can
be sure that he can..t go under !

Played in clubs like worldfamous
COCOONCLUB frankfurt, FABRIC london, WOMB tokyo
He is regularly booked for the big raves like
LOVEPARADE, NATURE ONE, RUHR in LOVE and a lot of
other ones abroad , too.

He is resident dj at the oldest existing technoclub of europe
called Airport(www.airlebnis.net) located in würzburg -germany ( near frankfurt)
since 1999 and organizes the legendary Morgengold ( morning-gold) afterhours with guests like
pascal feos, Karotte, Pierre, Italoboyz, Toni Rios Frank Lorber, Stimming, Markus fix, Basti Grub
and a lot of underground- top-djs from allover europe.

2010 just started and Agent! made his 1st Japan-Tour, he played at
legendary fabric -london and got a residency on ibiza at Whatizhouse!? – www.whatizhouse.com.

2012 started with a feature of the desolat release on the FABRIC62 mixed by DJ SNEAK ,
a Remix for ANNE CLARK,”work it” , released by MOON HARBOUR with his homies VITO&DANITO and ZOHKI&ROOZ LEE he hits at BEATPORT #3 techhouse
and his single on COCOON REC titled “Dopeman” smashed worldwide all charts and clubs