” I hope the people who listen to my music to feel more relaxed and hopeful rather than uneasy and desperate”. 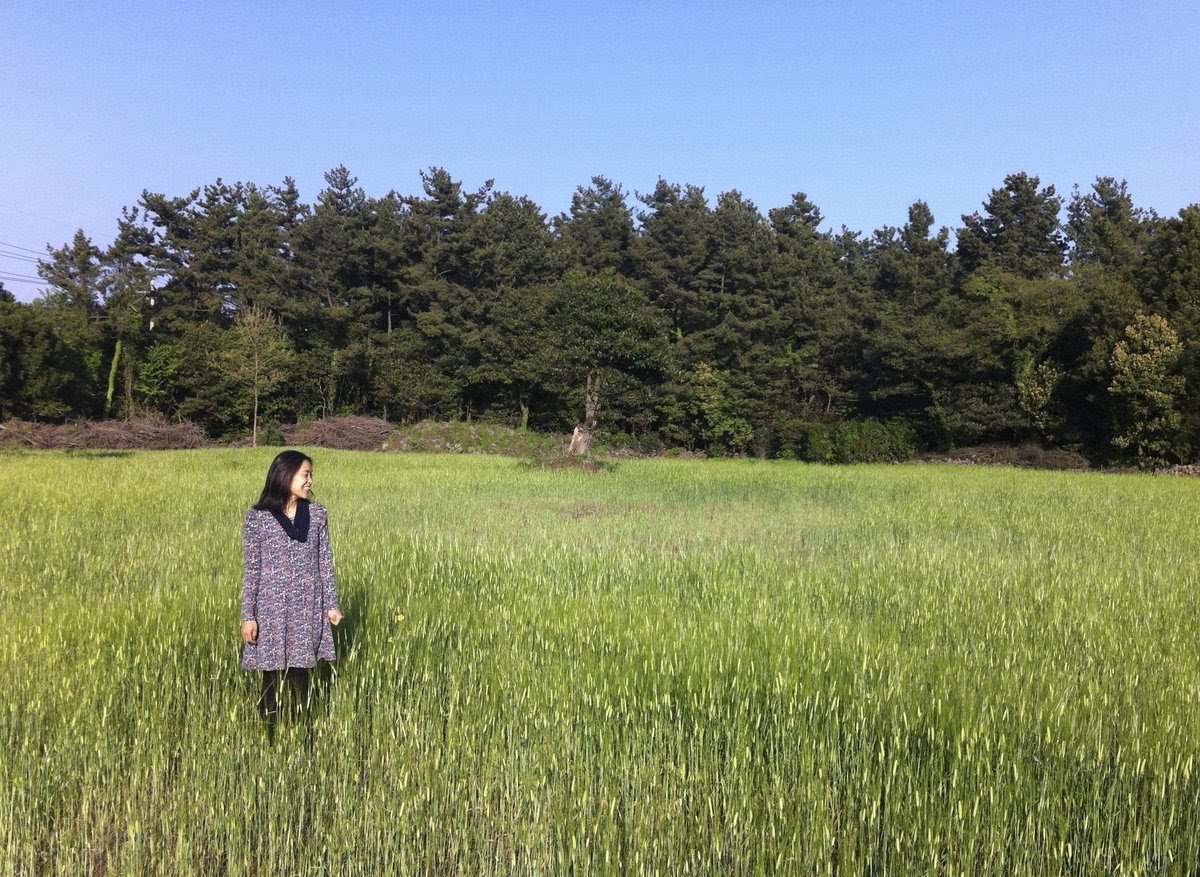 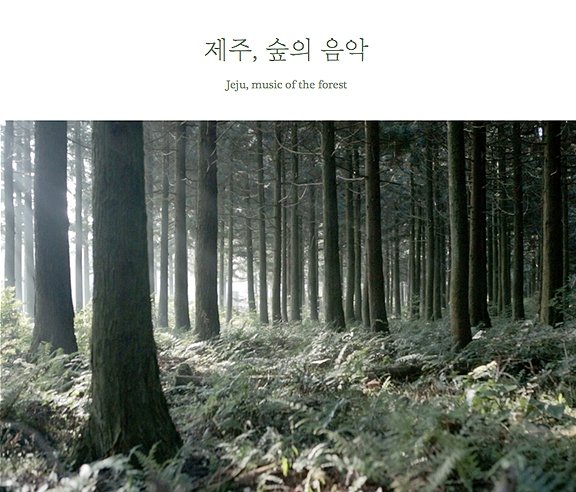 Hello, thank you for inviting me to such a private space. Could you briefly explain this place?
We’re in the mid-mountain area, which is a bit different from the coast. You can hear the birds chirping in the morning, and enjoy a nice, open view.

How is the life in Jeju as a musician?
First of all, I like the nature here. And Seoul, where I had lived for a long time, is a very busy city. I was a lot more active when I lived in Seoul, but it is also true that everything was very competitive as well. Ever since I came to Jeju, I’ve been focusing on a single band, living a more relaxing life.

People who live in the city often want to know the type of inspiration the nature in Jeju offers.
I like the nature itself – it is plain and unembellished. For example, most of the parks in Seoul are fabricated by people. My recently released album ‘The Music of Jeju Forest’ is also made with the theme of the nature in Jeju. I had taken pictures of random places in Jeju and referred to them while I was making the album. I hope this music makes the listeners feel more relaxed.

So Junghyun, you’ve been active under several names. Among those, I am curious about the team ‘Surisuri Mahasuri’. It feels like I am casting a spell. The music is also very great.
I was really into traditional folk music and world music. I started the band with my Moroccan friend Omar and my Korean friend Mina. Mina named the team ‘Surisuri Mahasuri’. It’s a spell from the Thousand Hands and Eyes Sutra. I used to play the accordion because I just really liked the sound of the instrument. But I guess because I had played the keyboard for a long time, it was a lot more comfortable for me to play that to express a wider range of concepts. So I am back to playing the keyboard again.

*The Thousand Hands and Eyes Sutra is a popular sutra in Korea, along with the Heart Sutra.

You’ve also been active in other teams as well, right?
Kimchi Effect, which is the name I am using during this Golmokgil interview, is a nickname I used when I uploaded the music I made at home, even before I started the band. When I was studying abroad, I always gained energy from eating kimchi, so that was when I thought of the name Kimchi Effect. Other than this, there are Windy City, I And I Djangdan, Bibim Dub Trio, and the recently produced ‘The Music of Jeju Forest’. Bibim Dub Trio is a band that I made with Banjang and Francois when I was more active with I And I Djungdan, because we wanted to do a different kind of music. When we performed we usually pictured a bigger frame and just winged the rest and played spontaneously. There are many different kinds of music that I like, so I still have a lot more that I would like to do. I also really enjoy hiphop. (laugh)

I’ve seen pictures of you doing yoga on Instagram.
I do a lot at home. I started when I was Seoul, but I stopped when I was busy with music. Then I started again when I came to Jeju and met a great instructor. I still go to the yoga studio, but when I can’t, I do it at home. I’ve tried to have yoga classes at home, but that never worked out.

I have heard you have also made a festival called ‘Mystic Vibration’?
I made it with this crew named Wadada in 2011. It was at a valley in Jeongsun and it was pretty far away. I actually really enjoy festivals. I mean it’s fun, but you can also have the experience of letting yourself go. Maybe Jeju can be a great place for that kind of festivals.

But on the other hand, there are people who don’t want Jeju to be a place for party people.
I also don’t want to have a festival that produces a ton of waste without even thinking about the environment. Not only the host of the festival has to be awake, but the people who attend the festival also need to be more aware. Mystic Vibration considered the environment to be important, so there were barely anyone who used disposable products. We sold soup and rice in actual bowls, and people who sold milk tea only used the glass cups that they had brought with them.

What is the most important aspect when you perform or make music?
What I consider the most important is being honest to what you’re feeling because what I feel can be directly transmitted to the audience through the music. If I’m feeling uncomfortable while performing, I think the audience is as well. I hope the people who listen to my music to feel more relaxed and hopeful rather than uneasy and desperate. 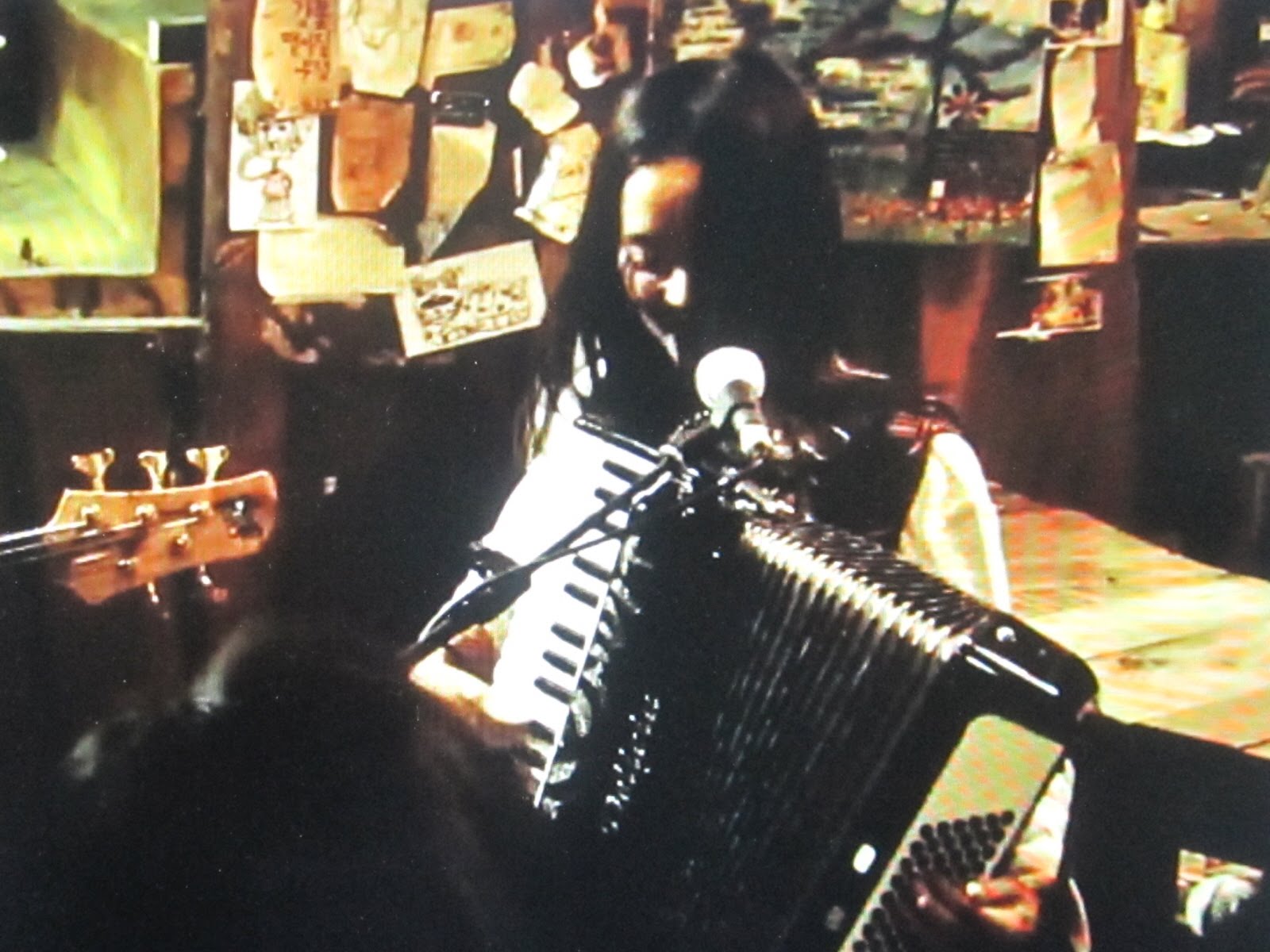 In that way, I think Jeju is a great place for musicians.
I agree. You can minimize external influences and focus on only you.

What is a song or an album that one can never be tired of?
I really like the album ‘Return to Forever’ by Chick Corea. It’s an album that inspired me a lot.

Lastly, could you briefly tell us about your future plans.
Since I released the album ‘The Music of Jeju Forest’, I would like to make an album about the sea. I think the opportunity will come when it’s time.  G