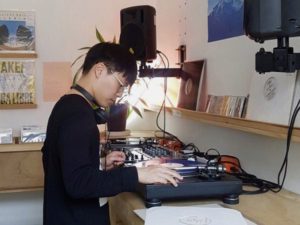 “I’m an ambitious person. There are so many records that I want to buy but have not, I also want to host unique parties and I learn so much from the DJs that I like. But right now I really do appreciate the fact that I can continue doing music with the people who also like music and interact with them“.

Could you briefly introduce yourself?
Hello, I’m DJ  Coro, it’s an honor to be interviewed by Golmokgil!


What does your stage name Coro mean? I see that your English name is Harry. How would that have been like?
Coro means chorus/choir in Spanish/Italian. I don’t think a good mix set consists only of songs that are good on their own. It also needs the purpose of the DJ who tries to connect all the songs and I think the sets also sound different depending on that purpose. In that vain the name Coro delivers my philosophy of the desire to mix harmoniously, like a choir. Regardless, I chose the name mostly because I like how the name sounds. And Harry is an English name that I have been using since childhood. I guess using Harry as a stage name would have made me sound like a Korean American.


How did you get into DJing?
When I went back to school after the military duty, I joined a DJ circle. I had already enjoyed listening to different genres of music for a while then. Traditional Korean, classic, jazz, rock, ambient, footwork, afro funk… So pretty much everything that I liked. I came to really like DJing so I thought it’d be fun if I continued.


You listen to all genres but this Golmokgil set is focused on a particular genre. Could you explain this mix?
I chose records that anyone can easily listen to at home. I mixed a lot of 90’s house, which I really like, or something with a similar vibe. I recommend listening to it on a sunny weekend with a beer.


What kind of efforts have you put in to enter this scene? What were the difficulties?
I’ve never really had to try especially hard to become a part of this scene. Rather, I just spent a lot of time with the people that I met when I was going around, looking for good music. I think I was fortunate. But once I decided to actually become a DJ, there were some difficulties. I think one of them is that a DJ needs to consider not only the music but also the planning and operational side of parties as well. Playing good music and having good parties are totally different in my opinion. 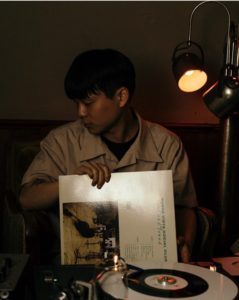 What’s your favorite song?
Flutes(165th Street Mix) by Jovonn. Jovonn is one of my favourite artists and this song Flutes was released the year I was born in, 1991. I think it’s a typical classic house with simple compositions yet with grooves. Some songs are a bit of a let down because the sound is too strong. I don’t really like complicated sounds because I think a lot of times it also implies that the individual sounds within the compositional whole is weak.  Also even if the composition consists of only good sounds, if it’s a bit too much, it becomes less direct and less attractive to the listener. It’s like when you mix all of your favorite colors you can’t get a pretty one, but you’ll get a black instead. In that sense I can never get sick of Flutes.


Could you say that you’re the happiest right now?
That’s a difficult question. I’m an ambitious person. There are so many records that I want to buy but have not, I also want to host unique parties and I learn so much from the DJs that I like. But right now I really do appreciate the fact that I can continue doing music with the people who also like music and interact with them. Out of all the things that I have been experiencing right now, there are so many things that I would have missed out on had it not been for DJing. So to answer your question, I’m ‘mostly happy’.


You have been a part of the “LIKE” party at Alley Sound in Gyeongridan every Thursday. It’s not easy to make new sets every week, especially with vinyls. Do you not feel pressured?
Yes I do. After deciding to participate in the LIKE party, I worried about not being able to introduce new music to the audience every week. But I think my music has become a lot more mature through the LIKE party in a sense that I have become more sensitive to the sounds. You know when you’re a collector, there are times when you buy a bunch of vinyls without even organizing them properly. So because I have a party every week, it has helped me organize my library. LIKE also motivates me to continuously find new music as well.


Alley Sound must be a special place for you.
Alley Sound is like my home to me. It’s where I hosted my first ever party in Itaewon, and it’s where I met so many good local DJs, like the LIKE party members. Above all I think it’s a great venue for house DJs. There are a lot of old regulars and house dancers, so the feedback they give is different from what a DJ would get at other venues. And because the owner (Caramel Jack) has been doing music for a long time, the quality of the party and the sound system are also great, which I think is a huge plus.


Is there any bar/club you’ve been to recently that you liked?
I liked Concrete Bar at Beton Brut. The wood interior gives off warm vibes and the sound comes off more solid. It’s where I would go with friends to have some drinks to good music. A lot of good local DJs play there as well.


What’s the one thing you’d change in the world as a DJ?
I hope more people can experience more diverse music. I think as platforms like Youtube develops, the accessibility to music has become a lot better. But many Koreans only listen to music through limited media like Korean streaming sites and ground wave TV, so they tend not to have the desire to experience new music. I guess it’s also a part of a DJ’s job to make people experience new music, but I still wish people could find music with more diverse tastes.


What’s the one thing you would like to ask the most when you meet a new DJ?
I want to ask their favorite song that is not the genre that they play. I think this is one of the easier ways to approach their music. Recently I saw this interview collection of a surrealist painter and he said that he really likes the medium photography, not paint. Surrealist and photography? They don’t go together, right? He said it’s because media with still images, like photography, are easier to understand by reflecting yourself onto it. I think it’s the same with DJs. Their sounds or vibes consist of their own experience and emotions, like a drawing. So I think it’s a lot easier to understand their music once you understand what they have experienced and with what purpose they’re playing.


Your motto as a DJ?
I don’t have a motto. But I do want to be remembered as “the house DJ with grooves”. I hope people who don’t particularly like music can listen to my sets and find out the appeal behind house music and dance to it.


What is your plan?
First of all I want to continue the LIKE party. It was a three year anniversary a while ago and LIKE members often talk about how we should to a five year and a ten year anniversary. It’s a lot easier said than done to continue an on-going party. It’s even harder than making a new party. There aren’t many clubs in Itaewon that’s been around for over 10 years. We’ll do our best.