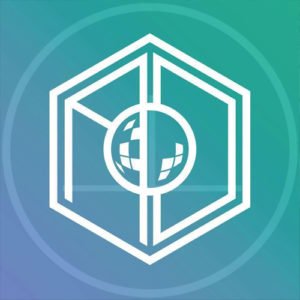 “When we started the place, we thought it’s just for a few music lovers. So we’re really surprised that so many people appreciate what we do. Yes and on top of that we have built a “family” of close knit friends. It really illustrates the power of music uniting people“. 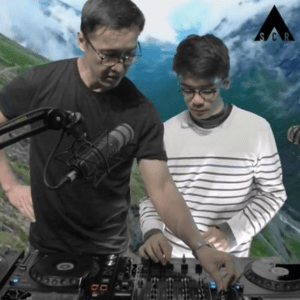 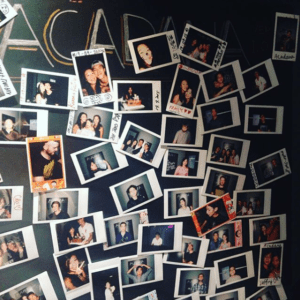 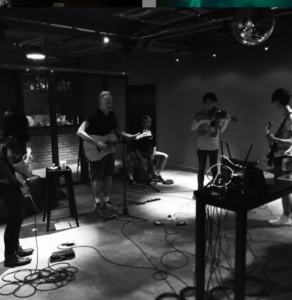 아쉽지만 마지막 질문이에요. 당신들은 모두 다른 일을 하며 음악을 즐기고 있죠. 평일엔 오피스에 근무하고 주말엔 디깅하거나 디제잉을 하는 일이 상당히 재밌을 것 같아요. 두 가지 삶을 사는 기분일까요? 어떤가요?
Jayme: 낮에는 돈을 벌기위해 일하고, 밤엔 쓰기위해 한다는건 참 균형잡힌 삶이에요! 내 메인잡을 유지하면서 디제잉을 취미로 할 수 있다는 것에 감사하고 있어요. 물론 플레이해야할 파티가 너무 많다거나 가끔 너무 하드코어 스타일로 갈 때는 힘들어서 디제잉 하기 싫어질 때가 있죠. 애증의 관계랄까?!
Dan-neo: 힘들어요. 디제잉을 준비하는데 꽤 많은 시간이 들어요, 가령 음악을 찾는 일부터 시작해서… 투자하는 시간만 보자면 굉장히 사치스런 취미에요.
Ping: 솔직히 말하자면, 원래 직업보다 디제잉이 더 재밌어요. 물론 Jayme가 말한 것처럼 너무 많은 파티에서 플레이하면 다시 재미없어질거에요. 어쨌든 메인잡이 있기에 금전적인 여유가 생기고 디제잉 같은 다른 것들을 배울 수 있는 거죠. 완벽한 생활은 아니지만 충분히 행복해요.
How was your gig in Seoul? (Pistil/SCR)
JayMe: It was awesome! Can’t believe the Seoul audience is so energetic and crazy. And I don’t have to spend a long time testing the crowd, cuz they seem to love everything I play!
Dan-neo: I got some good responses from friends about my set on SCR. It’s very nice how Korea’s underground scene has all these platforms like SCR and Gomokgil to promote events, expose talents and most importantly to educate and inspire people.
Ping: Greeeaaaaat, it’s always a joy to watch girls dancing, Pistil crowd are opened to any genre and shake their bodies like crazy. I felt like undefeated and carefree to play whatever I wanted.
After the gig, we walked through the old town, Usadan-ro(우사단로), where will be redeveloped near the future, which means it’s gonna lose their local people and its culture. I guess it’s not that different in Hong Kong.
JayMe: Hong Kong is even worse. People succumb to gentrification and did not complain about it. Soulless malls all over the city.
Dan-neo: And gentrification is one of the reasons why rent is super unaffordable in Hong Kong.
Ping: I love old town and building always, I hate the idea of redeveloping in HK, it always means demolishing homes and tiny roads and turning them into shopping malls and luxury condos same as elsewhere.
What is the biggest issue in HK’s music scene for the moment? (LGBT/drug/etc)
A)
Jayme: The biggest problem of HK club scene is lack of support from local people. At a usual night in a good club with good music, you can see about 70-80% foreigners and only few locals. Most foreign people won’t stay in HK forever. Few will stay but most will leave in a few years. The result is that the scene can never really grow. The situation is slightly better recently, but most locals still think Techno and House equals EDM. It’s really off-putting.
Ping: The rent, period. People need space so that music and many other creativity survive.
Dan-neo: Ping is correct! Also, the mentality of stigmatising nightlife and dance music is a barrier for us to promote dance music to a younger crowd.
How is sub/underground-culture in music industry in your city? It’s getting better here in Seoul for sure, but still not very solid in other words.
Our local scene is also tiny, but luckily it’s been growing in the last 6-7 years. A number of very good clubs has opened, one of which is 宀 (Mihn), which is quickly gaining attention in HK and even globally. We have our own Hong Kong Community Radio, plus another internet radio (Fauve) which also focus on dance music.
Can you recommend some spots for music lovers who visits HK? (ex: some record shops/cafes with nice music/festivals/etc)
Jayme: Mihn club, that’s it.
Dan-neo: Check out the “cipher” event series. It’s a techno-oriented brand often inviting quality techno DJs. They do their parties like once a few months in different warehouse setting venues. They have invited Lavera from Korea in July, too.
Ping: Besides our home court Acadana and doesn’t-need-a-introduction Mihn Club, my spots are White Noise Records, where they import records of many indie Japanese and Korean bands and artists; Moni Stand café in Sai Kung, where i found my favourite pour-over coffee and it’s also a record store and a audiophile showroom on weekdays.
Acadana is a team/place, but it’s actually more than that. You have a lot of friends who have royalty, close friendship and you guys always hang out all together even when you guys go abroad for gigs! It’s so lovely.
When we started the place, we thought it’s just for a few music lovers. So we’re really surprised that so many people appreciate what we do. Yes and on top of that we have built a “family” of close knit friends. It really illustrates the power of music uniting people. 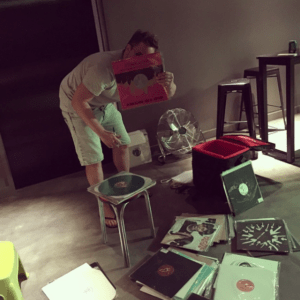 You organize a secret garage party. Tell me about your garage system. When/how/why do you guys make it?
JayMe: I started this project in 2015, when we were frustrated about the lack of good quality clubs in HK. At the same time, I have no time or money to run a real club, and no faith that it will survive. Therefore I chose to open a private place in an affordable area. That’s the when and why.
It’s a bit more tricky to answer how we made it. We really have no idea how to make a good club or space. We just found the space, did renovation, and then it’s all trial and error. When the place first opened the sound was bad. It took us 3 years to finally get all the good hardware and tuning done. It’s not top notch but we like it.
Looking at the history of many clubs, we know one thing: Beautiful things are fragile. We’ll never know how long Acadana will survive, but we’ll try our best to keep it going for as long as it is destined to.
Are there a certain moment that makes you guys fall in love with this club life? (a certain experience you had in your young ages/a certain track or musician or event/etc)
A)
Jayme: October 1994, first time going to New York’s Sound Factory. Junior Vasquez was playing Tribal House. It was unforgettable: The sound, the lights, the space, the people, and most importantly the music. I had the best moment of my life. I became a Househead ever since.
Dan-neo:  i think when I first heard Todd Terje’s Inspector Norse, I was so amazed by the track’s variation and structure in Acadana few years ago. I was thinking what if I could play something like that so I started to dig into this kind of music.
Ping: Back in the days when I was a school-boy and I listened to radio when I was told to go to bed, there was a radio programme called “Ultra-mix dance party”, quite cheesy isn’t it ? I pushed my earphone hard into my ears so i can have as much bass as possible. That was around late 90’s when Macarena by Los Del Rio and Oh Le Le by Pizzaboy were megahits. I was like “WOW, What the F is that, this is super crazy !” and started digging into electronic music. 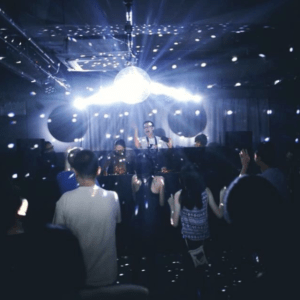 This one is the last question. All of you guys have a regular job. We guess it’s excited to work hard at the office during the weekdays and have gigs on the weekend, so it makes you feel like having 2 life! What do you think about this life?
JayMe: It’s a great balance to have a day job to make money and a night job to spend money, Lol. Seriously, I’m blessed that I can pursue my DJing hobby while maintaining my career. But sometimes I feel like quitting DJing cuz there’re too many parties, and everytime it’s getting more hardcore. So it’s kind of a love/hate relationship.
Dan-neo: Worse still, the preparation for a DJ gig even takes up quite a lot of time from your day time job. Organizing playlist and finding tracks are most time-consuming things to do with this hobby. So, it’s definitely an expensive hobby in terms of the amount of time you spend.
Ping: To be honest, I enjoy DJing more as my second life, too much gigs like a full time DJ would probably wear my passion away. My regular job supports my pay-checks and I can learn things like DJing and more, it’s not prefect but I’m happy with my life.
Brought to you by Golmokgil – Underground music in Seoul, South Korea
서울의 언더그라운드 음악을 여러분에게 소개합니다. – 골목길